Hello, and Welcome To My Blog! 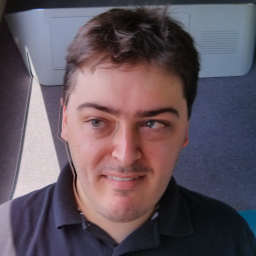 Hello! My name is Grayson Peddie and this is my first time writing my blog from scratch instead of using WordPress. I was born in Panama City and raised in Tallahassee, Florida throughout my entire life. I am CompTIA A+, Network+, and Security+ certified and I love to get into career in Information Technology. I want to get my feet wet in a little bit of cybersecurity and a lot of network engineering. Not only that, I would also like to setup a homelab with a couple of servers for running OpenStack.

The reason why I wrote my own blog engine instead of using WordPress or any other content management systems is to challenge myself. My blog engine is designed to be written with security in mind. Plus, I want to keep the administration user interface separate from my main website. I do the same for MySQL by creating two databases: one for my main blog and one for administrative tasks. An administration panel (a web application) is designed to be private in my home network, so when I'm ready to publish my blog article, I can sync my blog database to my public website, which is what you are reading now. If you are wondering how am I going to write a blog while away from home, I can use a VPN to log into my network.

So what music do I listen to? Because I'm an adventure type, I like to listen to new age and Celtic music from around the world. ("Celtic" is pronounced "keltic" but with a "c.") I listen to music from David Arkenstone, Yanni, Cusco, Kitaro, Loreena McKennitt, Clannad, Enya, and so many artists that I could list, but could get rather long. Plus, I like to listen to smooth jazz, symphony orchestra, 40s instrumental jazz, and even 60s, 70s, 80s, and early 90s. Most of the time, I listen to instrumental music. Unlike vocals, musical instruments speak their own language.

Do you know that I created music during 2016 and 2017? Yes! I created songs for optimists such as myself. Go have a listen in SoundCloud. EPCOT Center from the 80s and 90s, including the movie of WALL-E, Tomorrowland, and TRON: Legacy, inspired me to write my own instrumental music. My songs are only written using my Linux machine, so no Mac or Windows of any kind. However, since I love to mix in symphony orchestral instruments with genres such as smooth jazz and electronica, I like to have a Mac Mini and load Spitfire Symphony Orchestra. But if only Native Instruments could release Kontakt Player for Linux so I don't have to buy a Mac. I don't mind paying for it just to load expensive sample libraries.

Oh, and here's a video version of "Building a World From a Grid." The video depicts a movie theater with colored lighting in both sides. The text from the upper-left screen simulates a computer starting up and shutting down at the end of the video.

If you are using NoScript in Firefox or ScriptSafe in Google Chrome, you'll need to whitelist the following domains:

Not many websites tell you to whitelist domains in order to see images or play a video. I'm looking out for tech-savvy folks such as myself! And yes, if my domain name is whitelisted using NoScript for Firefox, this text won't be shown, so I decided to leave it visible if the three domains listed are not allowed to run scripts.

During the video, think of what kind of world you want to create. Me? I would want something out of TRON: Legacy and Tomorrowland. Every city should have a nice waterfall and a fountain for tranquility with modern houses straight out from outer space. And what about ocean cities that are something from out of "The Living Seas?" No, I'm not talking about "The Living Seas: Nemo and Friends." For those who were born since the 1970s and 80s, think about Horizons from the Future World at EPCOT Center. Use your imagination.

And what about movies and games? For movies, I randomly chose 3 movies to watch during Friday night as Friday night is also my pizza night. My 3 movies are WALL-E, Tomorrowland, and TRON: Legacy. All three movies have a modern design that I enjoy a lot. For WALL-E, Axiom ship is my favorite. It makes me want to explore the entire ship, especially apartments. As for Tomorrowland, I love the quote from Albert Einstein. "Imagination is more important than knowledge." The architectural design makes me want to visit EPCOT and enjoy the fountain between West and East Innoventions. I even enjoy walking around Future World at EPCOT. And for TRON: Legacy, their system of grid makes me want to build a world that I could even imagine. And yes, West Innovention and the Fountain are in the process of being demolished for a complete overhaul of EPCOT. I would always enjoy EPCOT Center of the 80s and 90s which is why I watch the three movies during the night. One random movie per Friday night.

As for my website design, mine is designed to look futuristic. For those with eyesight, the lines that you see on screen are designed to glow, which is similar to the lighting in TRON: Legacy. Plus, I made a grid in a 3D software program called Blender. The grid reflects the clouds from the sky. Last, but not least, the corridor behind my name was inspired from Star Trek: The Next Generation. That corridor is also made in Blender as well. The sliding door to the left leads to a movie theater where the movie of Tomorrowland is playing and the sliding door at the end of the corridor is the turbolift for traveling to other sections of the starship. I'm talking about the turbolift from Star Trek: The Next Generation, which is my favorite TV series that I watch in Netflix. I always dreamed of being an ensign in U.S.S. Enterprise D. I like to wear a Starfleet uniform and pilot a starship. And explore new worlds so long as I follow the Prime Directive.

Anyway, thanks for visiting my blog! If you have any questions, feel free to ask me in Twitter.